SyberVision was founded in the mid-1980’s by Steve DeVore. It became one of the largest and most successful personal /health achievement companies in the world with annual sales of $50 million plus.

Steve spent 8 years collaborating with the famed Stanford University School of Medicine's Neuropsychology Research Laboratory. He teamed with the late Dr. Karl Pribram— the founder of the science of Neuropsychology and the head of the famed Stanford laboratory. Dr. Pribram is considered to be the "Einstein of Brain Science" combining neuroscience and quantum physics. Dr. Pribram was actually a protégée of Einstein.

Dr. Pribram became SyberVision's Director of Advanced Research. Together Steve and Dr. Pribram developed over 60 health and performance training methodologies based on their advanced brain/body research.

The SyberVision training technology was adopted by the U.S. Olympic Committee and incorporated into their Colorado Springs training facility.

In addition, many of the athletic superstars, professional and college sports teams (baseball, football, basketball) and athletic training facilities used and endorsed the technology. Among some of these were the Oakland A's, St. Louis Cardinals, Dallas Cowboys, San Francisco 48er's, the Milwaukee Bucks and the Golden State Warriors.

In his Stanford research and work with elite athletes, Steve became proficient in his knowledge of nutritionals and their effect on the body and performance.  He established relationships with the world's leading performance nutrition research centers and laboratories.

Today, Steve is in his 60’s. His new focus is to improve the quality of life for the aging baby boomers like himself. He strives to achieve this through OxyNaturals' products derived from latest advanced and research-proven nutritional strategies 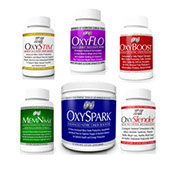 Under Steve’s direction, OxyNaturals will continue to refine and develop proven nutritional strategies and products for the burgeoning baby boomer population. Also, many elite athletes use Steve's new products for enhanced performance with amazing results.

VinoROX™ is a registered trademark of Nexira.

†This statement has not been evaluated by the FDA. This product is not intended to diagnose, treat, cure, or prevent any disease. 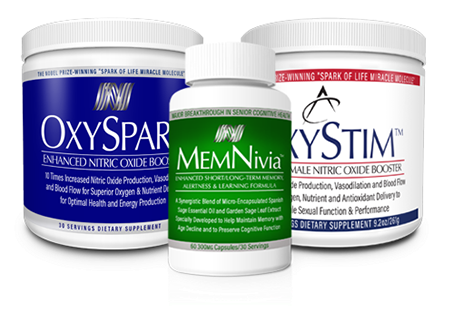